City of Karditsa becomes the First Cycle-friendly Employer in Greece 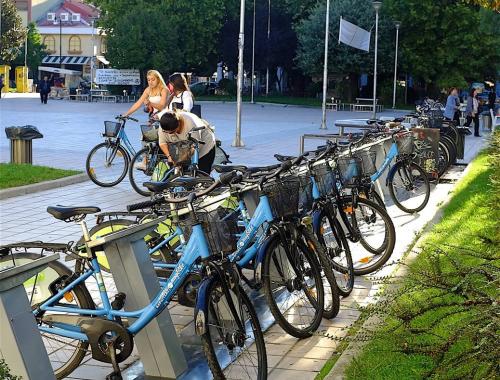 The city of Karditsa is the first Municipality in Greece to have passed the “Cycle-friendly Employer” certification process and to have received the official certificate. Karditsa is now the first bike-friendly city in Greece with a 20 kilometers long cycling network that criss-crosses the city. There is at least one bicycle per household and the city has a modern bike sharing system, which is easy to use and has a total of 6 stations with 60 bicycles per station.

Recently, the Municipal authority has announced a 20% reduction of electricity and public utilities rates aiming to encourage businesses to use cycling as a transport mode in urban areas. The city has strong ambitions such as reducing noise pollution and contributing to climate protection by promoting cycling as a sustainable option for commuting. The city is committed to these goals all year long and during the European Mobility Week it ran projects to encourage a significant modal shift away from motorized transport. Unsurprisingly, Karditsa was officially certified as a cycling friendly city!

City of Karditsa becomes the First Cycle-friendly Employer in Greece